Reading Now
The obelisk between history and mystery
MENUMENU

The obelisk between history and mystery

The name derives from the tejen hieroglyph which, in the sacred language of the ancient Egyptians, was synonymous with protection and defense.

It is a monolithic monument that has its origins in ancient Egypt, characterized by an elongated and thin quadrangular shape, with a tall and narrow trunk, ending in a pyramidal spire, called pyramidion.

The Egyptians believed that Ra, the Sun god, resided in them and they used to place them in pairs at the entrance of the temples and in specific points of the cities in order to favor their fecundity and the circle of benevolent energies. The trunk of the obelisk connected the god Ra to the earth, it was the representation of a solar ray of the Egyptian god that was projected towards the earth. This symbolic connection represented the propitiatory rite which had the function of guaranteeing the fertility of the earth and the goodness of the crops. In the social economy of the ancient Egyptians, the alternation of the sun and the seasons, on which the overflows of the Nile river depended, was of fundamental importance. The majestic obelisks, worked in the quarry, were then transported, not without difficulty, by river. Currently only 5 remain in Egypt, while the city of Rome has 9, which were stolen during the conquest of Egypt. However, the Egyptian obelisks were imitated in Ethiopia and many others came to Rome in the imperial period as an ornament of monuments.

Subsequently, the symbolic use of the obelisk has characterized numerous civilizations and traditions through the centuries. In Christian worship it assumes a connotation of a Christocentric character. The original meaning of the pyramidion was replaced by the cross; in Catholic doctrine, in fact, the intermediary between man and God is Christ. For this reason, Pope Sixtus V wanted to erect an obelisk for each of the most important Roman basilicas. Also famous are the two monumental obelisks of the Cocchi race in Piazza di Santa Maria Novella , in Florence. Originally two wooden pyramidal milestones were placed in this square, provisionally erected in 1563 as destinations for the Cocchi race, but given the importance of competition in the context of city festivals, a more adequate solution had been planned since this period. furniture of the square, which led to the excavation of two monumental obelisks, recently restored, around 1570.

The evocative force of the obelisk is to be found in the strong and evident masculine characterization, and in fact it is no coincidence that its tall and imperious shape obviously recalls the phallic element . It is connected to the “energies of the earth”, an expression of the active and fecundating principle that penetrates and radiates the passive and fertilized element. Therefore the obelisk is the phallic element inserted inside the earth, a female principle, a symbol of the womb, or uterus, of Mother Earth . Thus erected, the obelisk becomes the medium for the reunion of the energies of the earth with those of the sky.
Over the centuries, it was believed that the obelisks, located at one of the nodal points of the city, favorably contributed to the sublimation of the energies of the place and brought well -being and fertility to the whole region.

Universally recognized as a symbol of power , the obelisk is now also used in homes, in small reproductions, to evoke the power of male energies, bearers of fecundating force and action, in their encounter with female energies, a symbol of receptivity and introspection.

Tagscosebelleantichemoderne
Previous Reading
The eternal perfection of marble.
Next Reading
The game of chess. 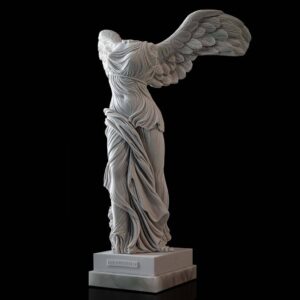 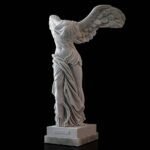 The eternal perfection of marble.