The eternal perfection of marble.

The very name “marble” evokes, in its derivation from the Greek marmaros , which means “shining stone”, the aspiration to eternal beauty. Over the centuries, its use in some of the most majestic buildings in the world is irrefutable proof of its elegant solidity. Buildings such as the Pantheon in Rome, the Parthenon in Athens and the Taj Mahal in India were made, not surprisingly, in the most precious and durable marbles of the time, but the Egyptians and the peoples of Mesopotamia had already used marble for the construction of public buildings and monuments.

White marble was considered the most refined, because it was homogeneous and free of impurities. Even today, in everyone’s imagination, marble is associated with white. Already at the time, white marble was extracted mainly in the Luni quarries in Carrara, a center of marble trade since the time of the Roman Empire. The classics considered it the only pure and valuable, while colored marbles were seen as impure stones, for this reason most of the monuments and statues built then are in white marble. However, this belief was only short-lived and very soon also colored marbles, particularly valuable were those imported from Egypt, Tunisia, Persia, Anatolia and the Pyrenees, were appreciated and used in sculpture and architecture.

The marble was difficult to extract and that of the “quarrier” was formerly a very risky job. The stone was cut by hand with mallets and chisels, trying to exploit the natural veins of the rock; wedges were inserted into the cracks that were created, which were then sprinkled with water and helped the stone to detach itself from the rest of the rock. Before detaching the rock from the mountain, it had to be freed from the surface layer, which would have been unusable; this was the task of the “terchiaiolo”, who lowered himself with a rope to inspect the front of the quarry, and made the unsafe parts fall.

In the eighteenth century, explosives began to be used for the excavation of the rock. The technique of abatement with black powder was called “launched” and required a long preparation: a deep hole was dug by hand in the wall to be demolished in which to insert the dynamite, then proceeded with the explosion and the great wall broke dividing in many blocks. The launch was a sight as suggestive as it was dangerous for those who worked there, because the rock fell at high speed like an avalanche, raising a great white dust.

At the end of the nineteenth century the technique of helical wire was introduced to cut marble in quarries. With a rope made up of three helical-wound steel wires, constantly sprinkled with water and sand, large blocks of stone could be detached with a considerable saving of effort for the quarrymen. Finally, the large blocks had to be “squared” and this was the responsibility of the “squarers” who, with hammer, chisel and a lot of patience, gave the block a square shape, in order to make transport easier. Today the extraction of marble is a much less risky process, thanks to technological innovations that have made the quarry a safer environment and less tiring work. Diamond wire is used to cut marble blocks at a previously unimaginable speed, and transport is also much easier thanks to mechanical shovels and trucks.

Tagscosebelleantichemoderne
Next Reading
The obelisk between history and mystery 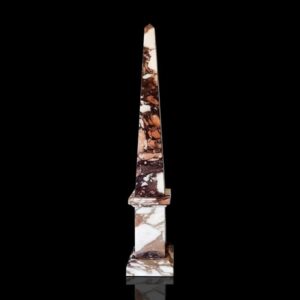 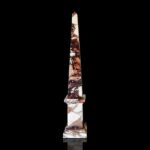 The obelisk between history and mystery