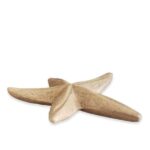 Red travertine marble precious decoration, a splendid natural stone, whose color can vary in intensity from deep red to pale red, according to the quarry of origin and, sometimes, also to the block. Capable of giving personality and originality, it expresses itself perfectly in structural but also decorative creations. Refined and valuable object in which the exclusivity of the material and the harmony of the lines merge. Handmade

It is a handmade article, entirely produced in Italy. Any imperfections and differences with the image are to be considered a guarantee of the uniqueness of the object and of the material.